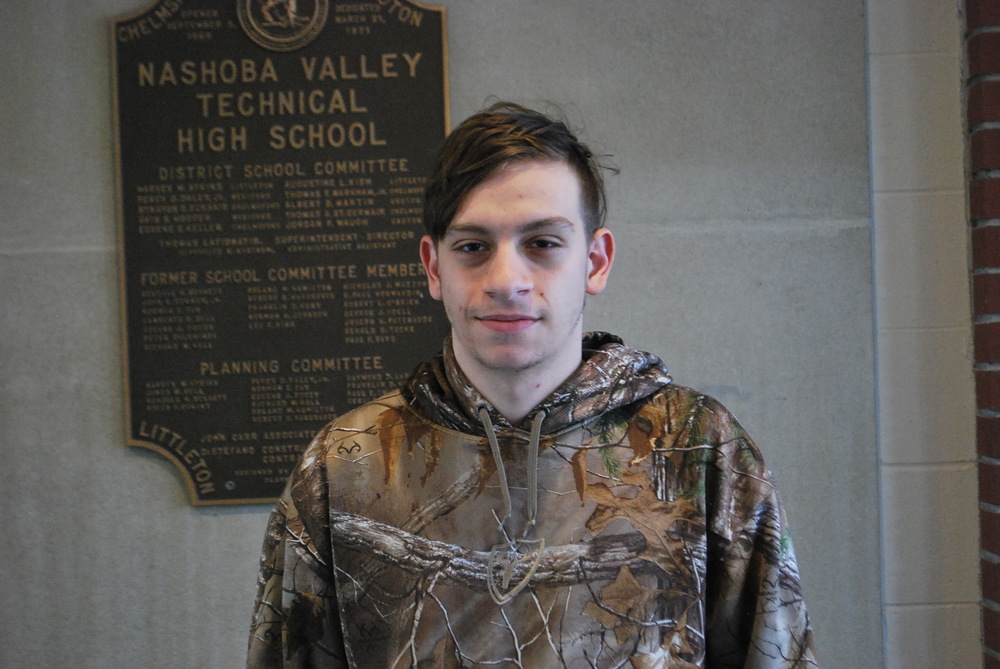 ALEX BUDDINGTON AND AVA SAVARD ARE STUDENTS OF THE MONTH

Alex Buddington (pictured) of Shirley and Ava Savard of Lowell have been selected as March’s Students of the Month at Nashoba Tech.

Alex Buddington, son of Sean and Mandy Buddington, is a senior in the Culinary Arts program who won the prize for Best Knife Skills in the state at the ProStart Invitational, held by the Massachusetts Restaurant Association at Gillette Stadium in Foxborough on March 22. Teams were required to produce an appetizer and an entree and decorate a dessert within a certain time period.

Alex and his team prepared an entree of Poppy Seed Crusted Loin of Kangaroo with Root Vegetable Hash, Blackberry Beet Gastrique and a Bull’s Blood Garnish. His knife skills were noticed by the professional judges when he had to cut the root vegetables into eighth-inch cubes. He received a 12-inch chef’s knife.

Alex was nominated by Chef-Instructor Carley Capraro, who wrote: “Not only did Alex impress the judges with his knife skills, but he also impressed them with the perfectly cooked kangaroo. A professional chef has reached out for him to further his career. Alex is the backbone of our Culinary Arts program. He holds the line together, gets along with all of the students, and has never been anything but reliable, responsible and hard-working.” 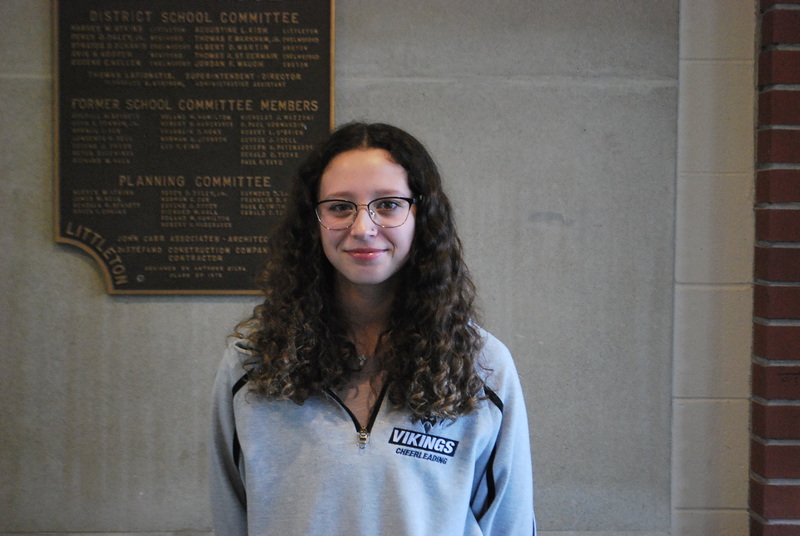 Ava Savard, daughter of Anthony and Donna Savard, is a sophomore in the Veterinary Assisting program. She is an honor-roll student and a member of the Student Council. She competes for the softball and cheerleading teams. She plans to attend college to study to become a veterinarian.

Ava was nominated by two teachers. Dan Ford wrote: “I have had Ava as a student for the past two years. She has received A’s both times. Her work ethic in sports and academics is impressive. She is a member of Student Council and does the morning announcements in a clear and flawless manner. She is also a kind, compassionate young lady who participates in volunteer work.”

Annmarie Manning wrote: “Ava has worked hard to improve her skill set. She takes constructive feedback and always seeks to improve. This is no small feat given the many extracurricular activities she is involved in. She also works collaboratively with her peers to help bolster the learning of all. She always has a bright and positive attitude, too.”