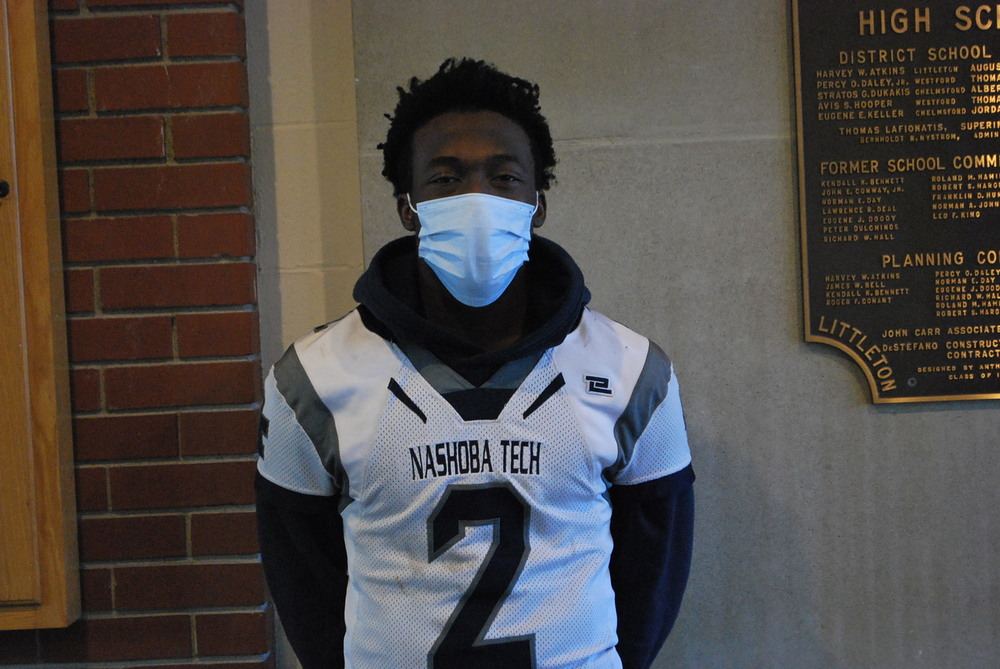 RANDY DELVA AND KAYLEIGH PEARSON ARE NOVEMBER ATHLETES OF THE MONTH

Randy Delva of Chelmsford and Kayleigh Pearson of Billerica have been selected as November’s Athletes of the Month at Nashoba Tech.

Randy Delva, son of Denise LeBlanc, is a senior wide receiver and linebacker for the Vikings football team, which finished 8-4 after losing a jaw-dropping 52-51 decision to Blue Hills Regional Technical School in the Massachusetts Small School State vocational Super Bowl on Dec. 2. In that game, his last for Nashoba Tech, Randy scored a touchdown and a pair of two-point conversions.

Randy also competes for the basketball and spring track teams. He is in the Hospitality Management program and plans to go to college to study Physical Education.

“Randy has been a standout this month playing a variety of positions,” football coach Jesse Fusco said. “He stepped in at quarterback and won a playoff game, has been consistent at linebacker on defense, and is our best wide receiver. Randy has also filled in at running back and done well there, too. Everywhere we put him, he excels on the football field. Randy has gone above and beyond for the team and is a big reason we played for the championship.” 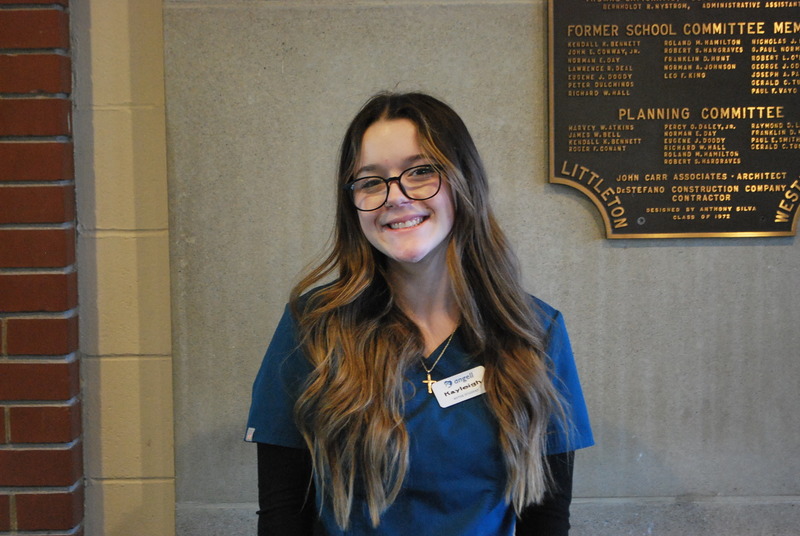 Kayleigh Pearson, daughter of Ricky and Danielle Green, is a junior cheerleading captain for two seasons and plays softball in the spring. She is an honor-roll student in the Veterinary Assisting

program and a freshman mentor. She hopes to become a K-9 police officer after graduation.

“Kayleigh is dedicated and driven,” cheerleading coach Brianna Harris said. “She is the ultimate team player, always willing to lend a hand to her teammates. Kayleigh exemplifies what it is to be a true captain by her willingness to teach and motivate her team to be the best they can be.”