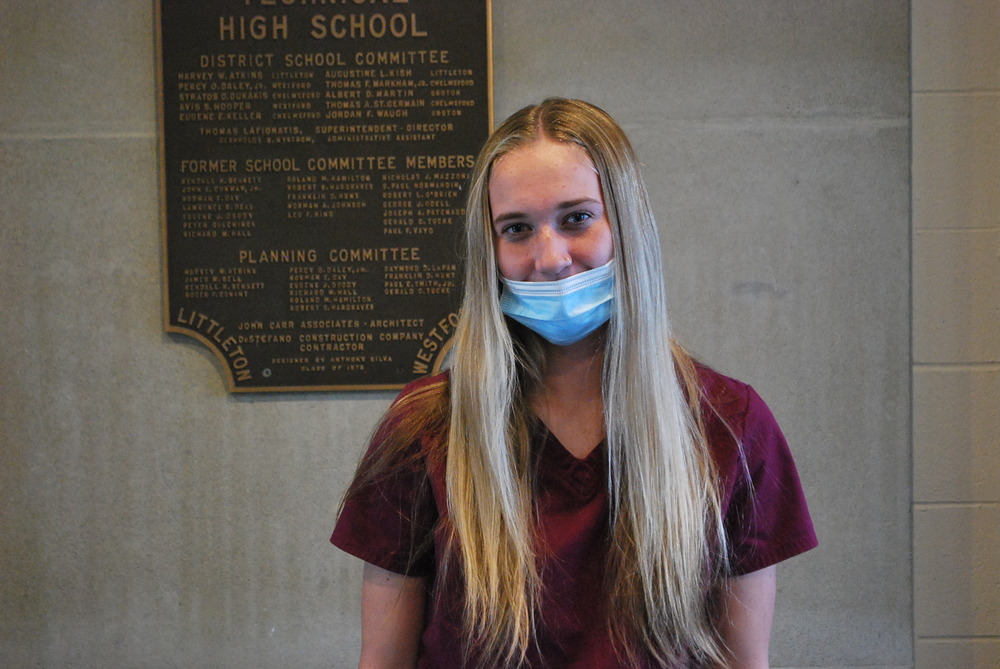 September Athletes of the Month

(Photo Caption)Sadie Tracy, daughter of Michelle Tracy and Jason Kidder, was selected by MaxPreps as the Massachusetts Player of the Week. She is the Vikings’ point leader. She also competes for the basketball and spring track teams.

Sadie is in the Dental Assisting program and plans to continue in the dental field after graduation.

Davidson Fleming, son of Christopher and Pamela Fleming, is a senior captain who leads the Vikings in assists and is also a key goal-scorer. “He has shown good leadership during games and practices, and has been integral to our success,” said coach Richard Repucci.

Davidson is in the Carpentry program and plans to attend college to study Criminal Justice.

Douglas Hall, son of Shawn and Elizabeth Hall, though a born forward, has played midfield without complaint. “He has played excellent defensively and scored the most goals on the team,” coach Richard Repucci said.

Douglas is in the Engineering Technology program and plans to attend college to study Biomedical Engineering.