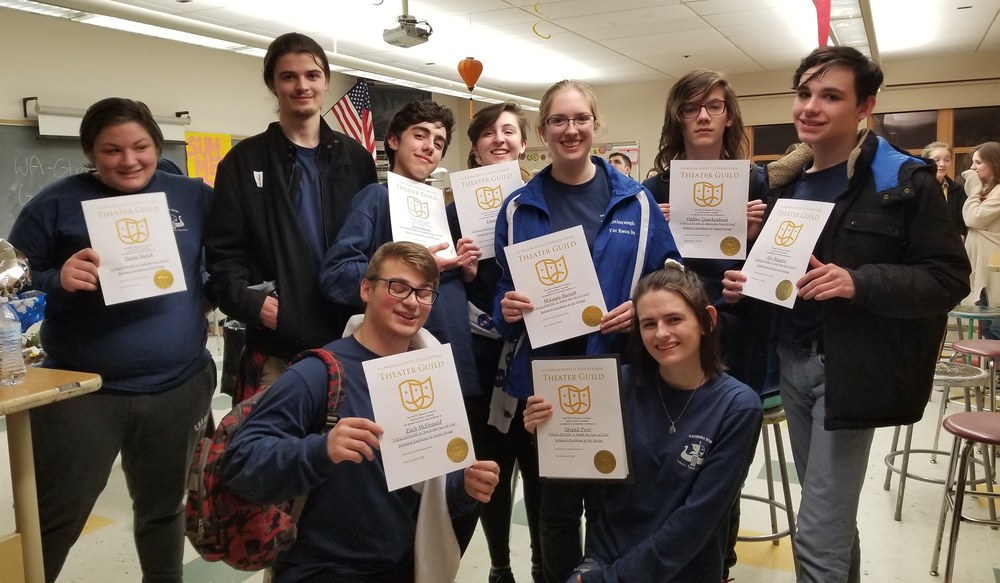 The students presented “Challenger: To Touch the Face of God,” a dramatic telling of the aftermath of the Space Shuttle Challenger disaster of Jan. 28, 1986, when the shuttle broke apart 73 seconds after lift-off, killing all seven crew members.