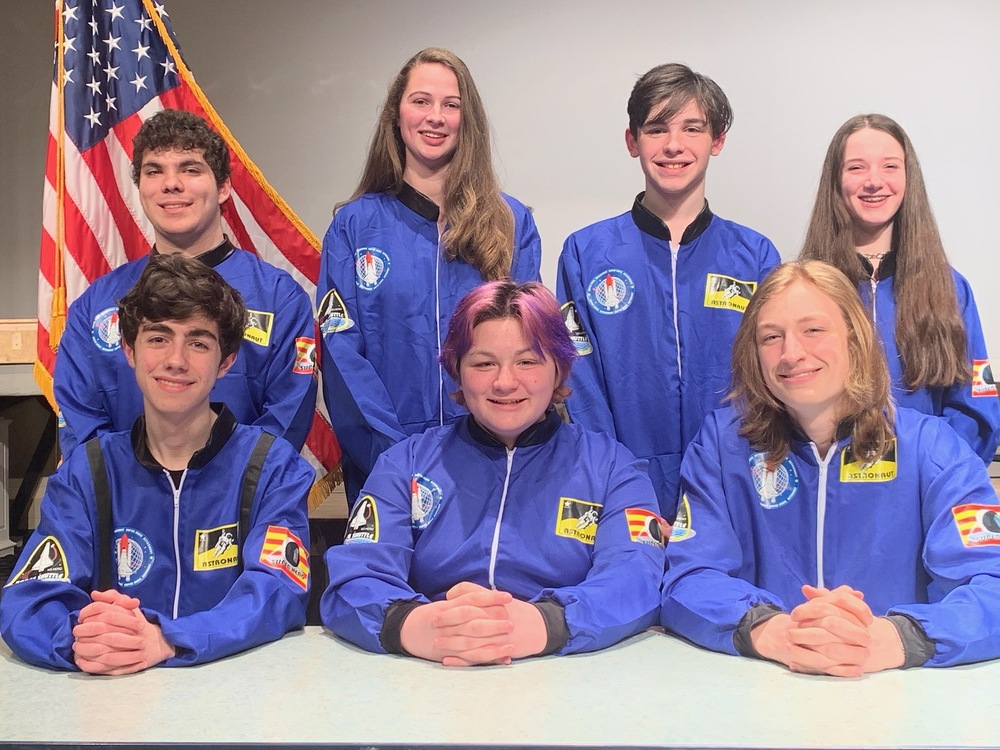 Just two months after producing the musical-comedy “Elf” in December, the Viking Theatre Guild at Nashoba Valley Technical High School is shifting gears and looking to the sky for its next production.

The students in the group will present two performances of Julian Felice’s “Challenger: To Touch the Face of God,” a dramatic telling of the aftermath of the Space Shuttle Challenger disaster of Jan. 28, 1986, when the shuttle broke apart 73 seconds after lift-off, killing all seven crew members.

“The show talks about the bureaucratic happenings between NASA and the engineers, and the overall political system leading up to the disaster,” said Emily Smith, a TV & Media Production/Theatre Arts instructor at Nashoba Tech. “There are a lot of lines in the show that were actual things that were said, with some fictional stuff added in.”

One of the crew members killed in the disaster was Christa McAuliffe, a Massachusetts native and teacher from Concord, N.H., who was selected from more than 11,000 applicants to participate in the NASA Teacher in Space Project and who underwent arduous training to go into space with the crew of the Challenger.

The name of the play comes from a speech delivered by President Ronald Reagan the night of the disaster that ended with the line (quoting from the poem “High Flight” by John Gillespie Magee Jr.): “We will never forget them, nor the last time we saw them, this morning, as they prepared for their journey and waved goodbye and ‘slipped the surly bonds of Earth’ to ‘touch the face of God.’”

Smith, who was 3 at the time of the disaster, said she and the student actors and crew members watched video of the explosion and its aftermath in preparation for the play.

“It was very eye-opening,” she said. “We’re trying to focus on humanizing these characters and giving them their due rights. It’s certainly not a happy show.”

In fact, Smith said, it’s just about as diametrically opposite of “Elf,” the successful musical based on the Will Ferrell movie, as one can get.

“It’s important for these kids to have a broad theater education,” she said. “Not every show is slapstick comedy.”

The Viking Theatre Guild is preparing to present “Challenger: To Touch the Face of God” in the Massachusetts Educational Theater Guild competition at Westford Academy on Saturday, Feb. 29.

The students will present the play to the public twice before that date — on Thursday, Feb. 27, and Friday, Feb. 28, both shows at 7 p.m. — at Nashoba Tech’s Performing Arts Center.