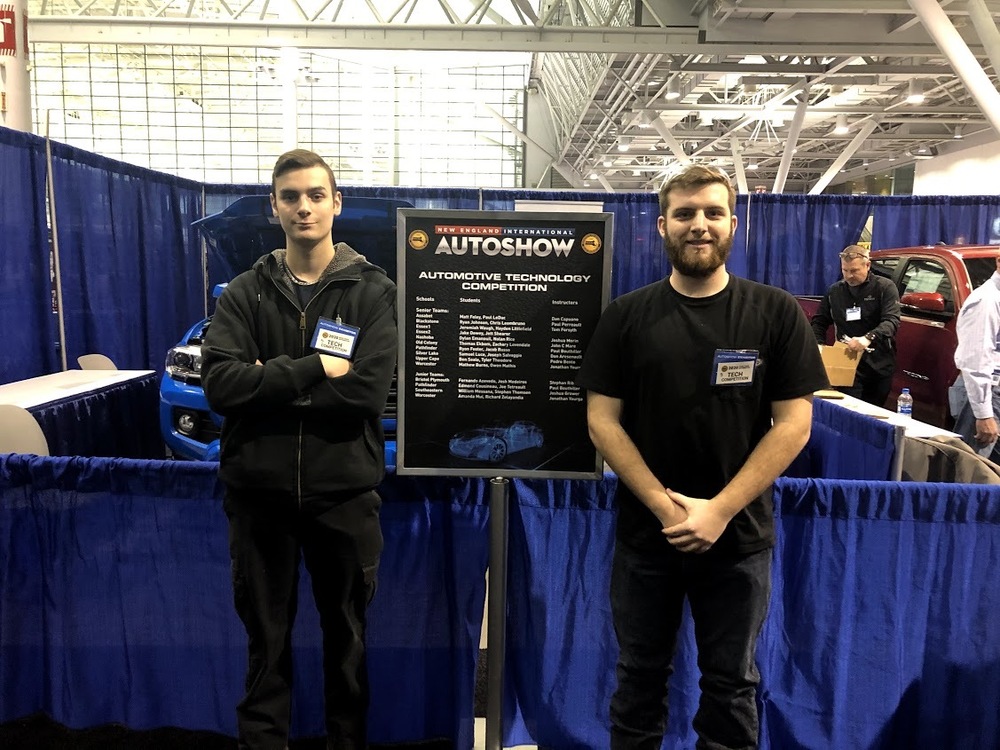 For the fourth consecutive year, a two-senior team from Nashoba Tech made it to the final round of the Massachusetts State Automobile Dealers Association’s Automotive Technology Competition.

Dylan Emanouil of Westford and Nolan Rice of Westford represented Nashoba Tech. At the state competition, they had to work collaboratively to fix real-life, hands-on automotive issues.

“It shows the consistency of our program, where we’ve had teams in the state competition four straight years,” said Joshua Morin, one of the instructors in Nashoba Tech’s Automotive Technology Repair program who prepared Dylan and Nolan, along with Instructor Richard Karamanian, for the competition.

The state event challenged the teams to resolve automotive issues at seven hands-on stations including electrical, engine performance, steering and suspension, brakes and other issues. There was also a station where the students were interviewed by professionals, as though for a job opening.

Dylan and Nolan, both of whom plan to go into the automotive field, though through different paths, said the experience will help them in their careers.

“Both of our instructors showed us some of the things we should expect at the competition,” said Dylan, who works for his father’s firm, Westford-based Emanouil Development, as a heavy-equipment mechanic through Nashoba Tech’s Cooperative Education program.

The honor-roll student and one-time Student of the Month said he plans to continue in that position after graduation in June.

“Dylan shows a unique professionalism and maturity that’s rare for a high-school student,” Morin said. “He conducts himself like a businessman already, so he’ll do well in his father’s business.”

Nolan plans to enlist in the Air Force after graduation to work on military equipment.

“Nolan can do it,” Morin said of the senior’s Air Force aspirations. “He has shown great growth over the last year, especially when it comes to mechanical skills.”

Both Dylan and Nolan have passed the four core components — suspension and steering, brakes, electrical/electronic systems, and engine performance — of the Automotive Service Excellence assessment, which is required to become auto-repair professionals. 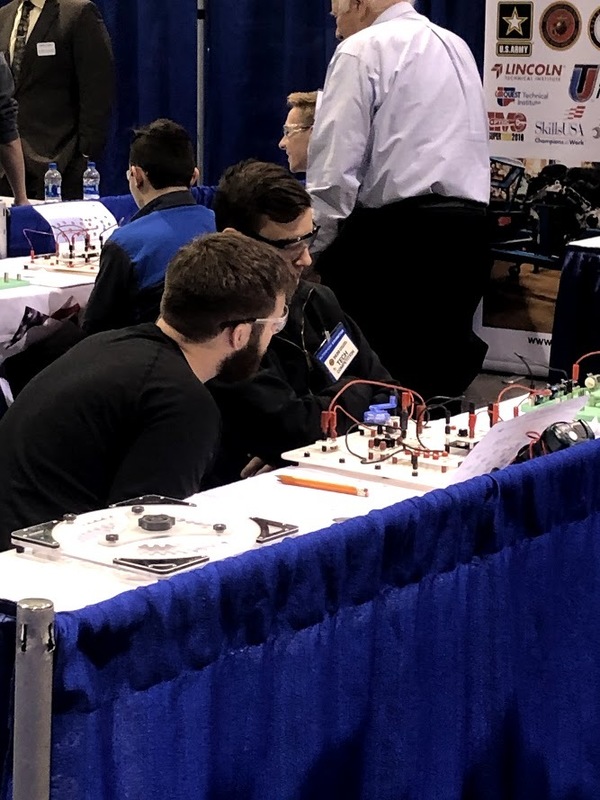