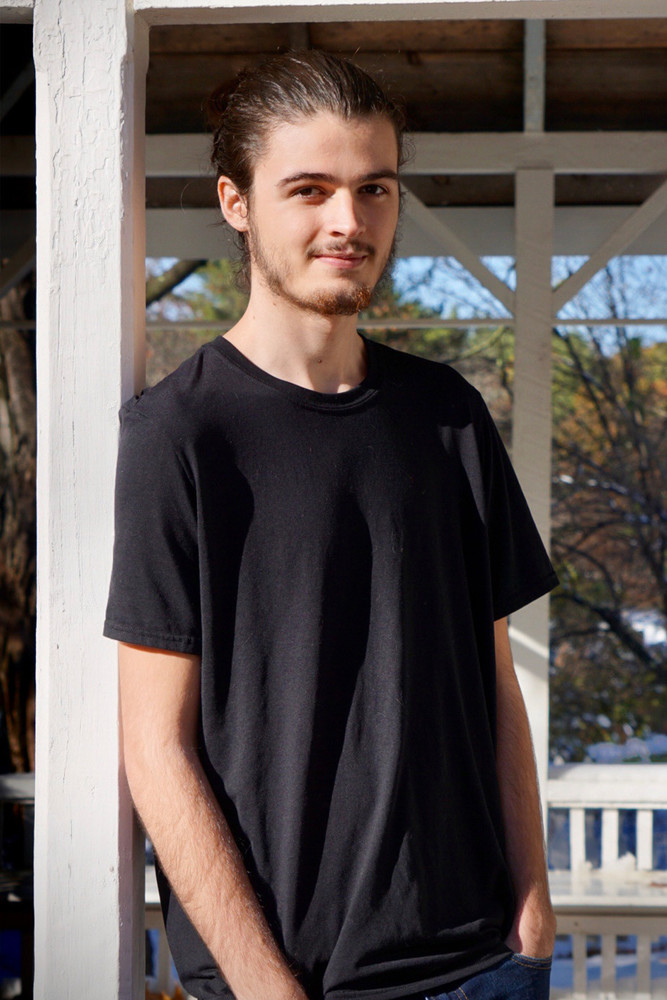 Brian McCall, a senior from Pepperell, is Nashoba Tech's nominee for the Massachusetts Vocational Association’s Secondary Award.
The award is given to a student who shows personal commitment to and success in vocational education and academics, as well as good character and leadership and involvement in the community.
Brian, son of Stephen and Lisa McCall, is in the homestretch of his Nashoba Tech career, one that has seen him attend the SkillsUSA National Conference as a junior after winning a gold medal in Digital Cinema Production at the State Conference. He earned gold in the same category at the recent District Competition with team partner Mikayla Barrett, and they will compete in the state event once again.
Brian is a high-honors student who this past winter directed the Theatre Guild’s film production of “Urinetown: The Musical,” since pandemic health guidelines prevented the guild from performing the show live on stage.
Though he has performed on stage throughout his Nashoba Tech career — earning an award for Technical in Excellence in Acting as a junior from the Massachusetts Educational Theater Guild — Brian went behind the camera, where he prefers to be, for “Urinetown.”
Brian hopes to attend Emerson College in the fall.