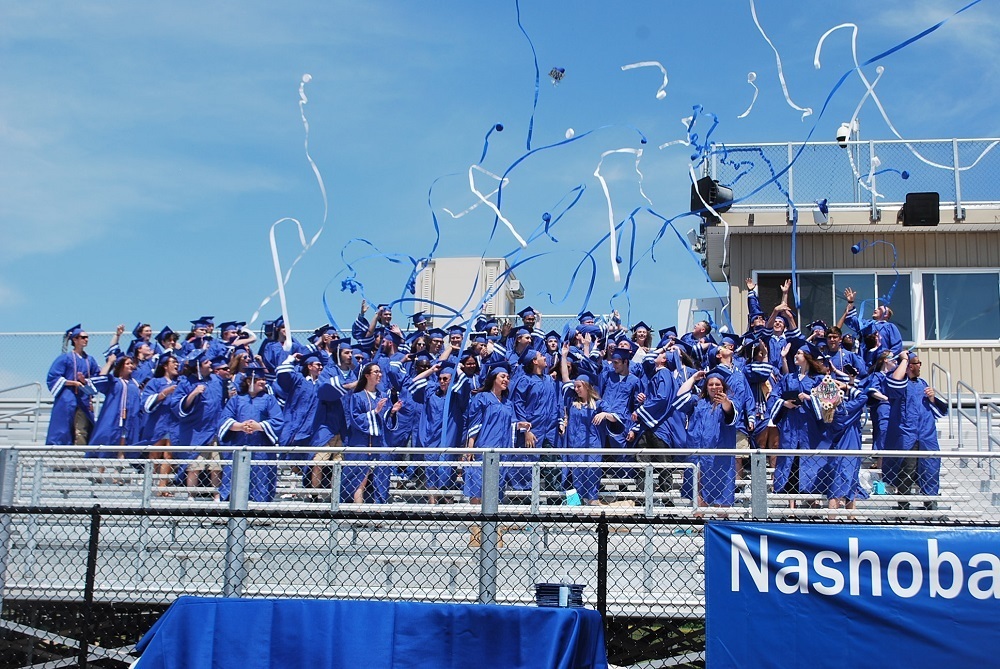 Like every other senior in high school this year, those in the Nashoba Tech Class of 2021 had to endure more than their fair share of setbacks.

So it should be no surprise that every one of the speakers at Saturday’s graduation ceremony used that P word: pandemic. Oddly enough, however, every speaker also managed to pass on a decidedly upbeat message.

The common denominator was that no one was going to let the pandemic define the Class of 2001. It happened, the school community — students, teachers, administrators —  handled it to near perfection, and now it’s on to the next thing.
For the 169 graduates, the next thing is the rest of their lives.

Valedictorian Kyle Desjardins of Townsend said he and his classmates — as well as all students at technical schools — were better prepared for what happened near the end of the 2019-2020 school year, when they were juniors, because they have endured hardship from the beginning.

“After all, our entire high-school journey started with one giant leap into a school where we didn’t know anyone, and it ended during a return from a worldwide pandemic,” he said.

Desjardins said that when he and his fellow eighth-graders at Hawthorne Brook Middle School were selecting their classes for freshman year at North Middlesex Regional High School, his sheet of paper was blank. When he told his teacher he had decided to go to Nashoba Tech to study Engineering Technology, his teacher said, “Kyle, you won’t be able to go to college if you go there.”

He went on to tell the crowd that, through Nashoba Tech’s Dual Enrollment program, he attended Middlesex Community College full time his senior year and is one year into earning a bachelor’s degree.

“I guess I showed her,” he said of his eighth-grade teacher.

And not only that. He went on to praise five of his fellow graduates who attended MCC the last two years and graduated earlier this spring with an associate’s degree.

One of those double graduates — Eryn Rasmus of Littleton (the other four are Connor Magoon of Townsend, Jacob Oskirko of Pepperell, Lindsey Parise of Townsend and Gabriel Sarrategui of Chelmsford) — also spoke at commencement.

Rasmus said that while “our junior and senior years were not ideal,” they will be “even more memorable” for her and her classmates for what they managed to survive.

And class president Seth Rigby of Chelmsford, a cross-country star for Nashoba Tech who couldn’t stop running at graduation — to and from the podium to speak, to and from the stage to receive his diploma — had perhaps the most uplifting speech.

He first thanked all of the teachers at Nashoba Tech for handling the changes brought on by the pandemic.

He said that while he never saw himself running for class president when he first entered Nashoba Tech, he “developed the confidence and developed the ability to lead people by ... well, I’m not really sure what I lead people by, but I did lead them.”

Rigby said he and his classmates will encounter many opportunities in life.

“So why not explore them? Maybe one small decision can make the rest of your life 10 times better,” he said. 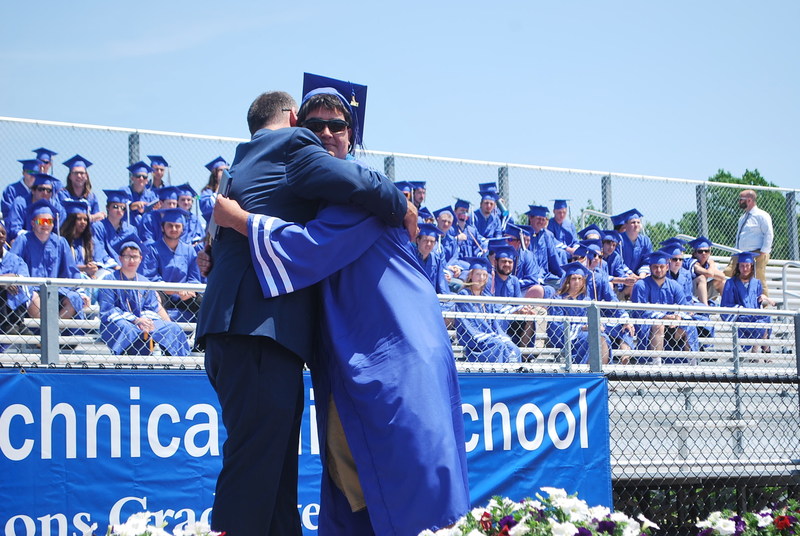 Cory Prehl of Ayer receives his diploma, and a hug, from his father, School Committee member Chris Prehl. 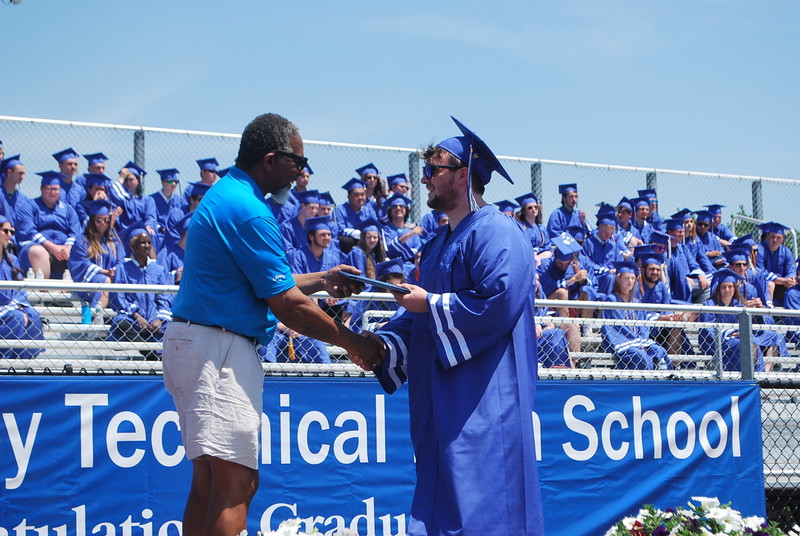 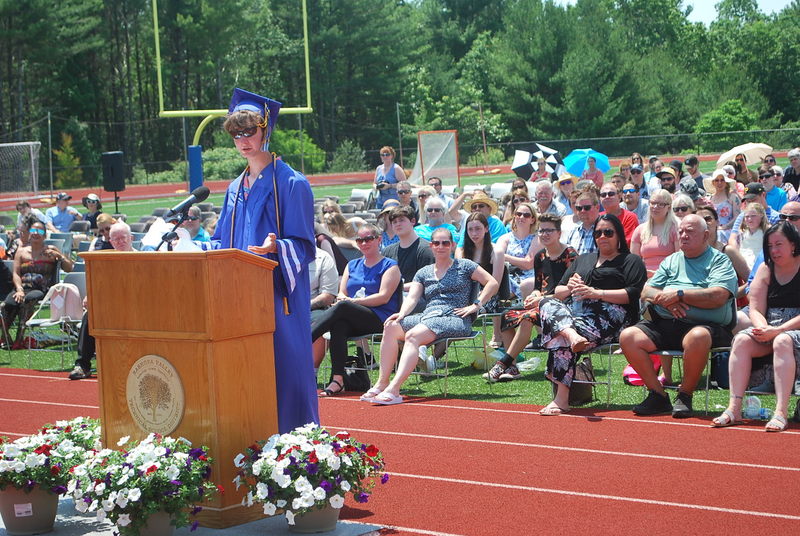 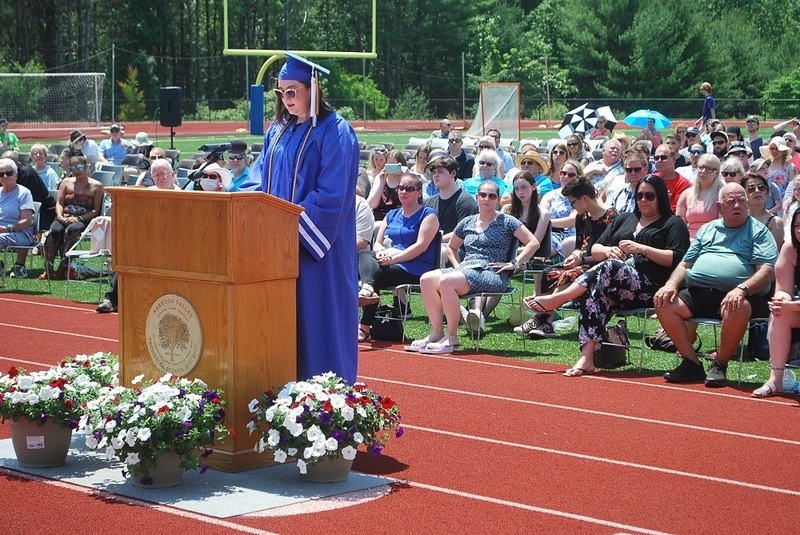 Eryn Rasmus of Littleton speaks to her classmates. 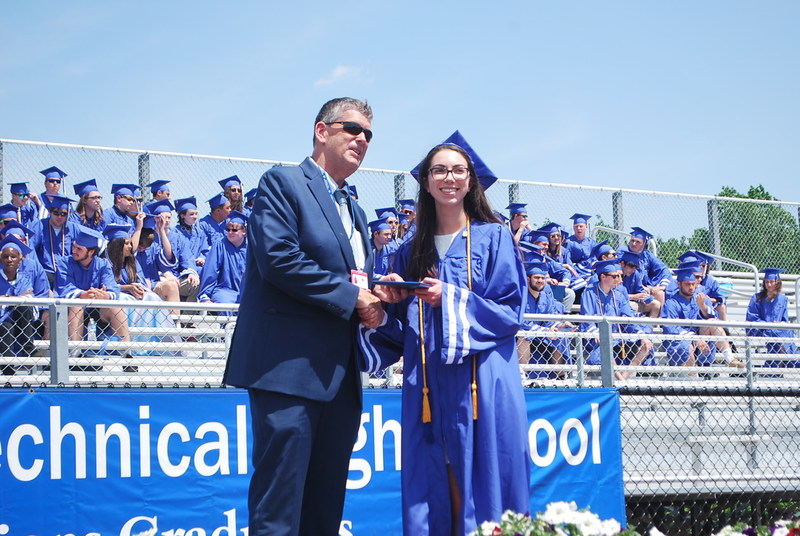 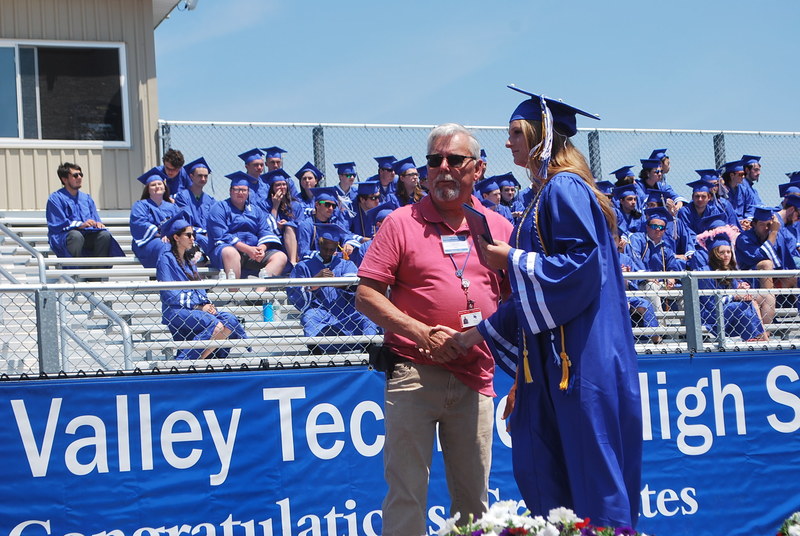 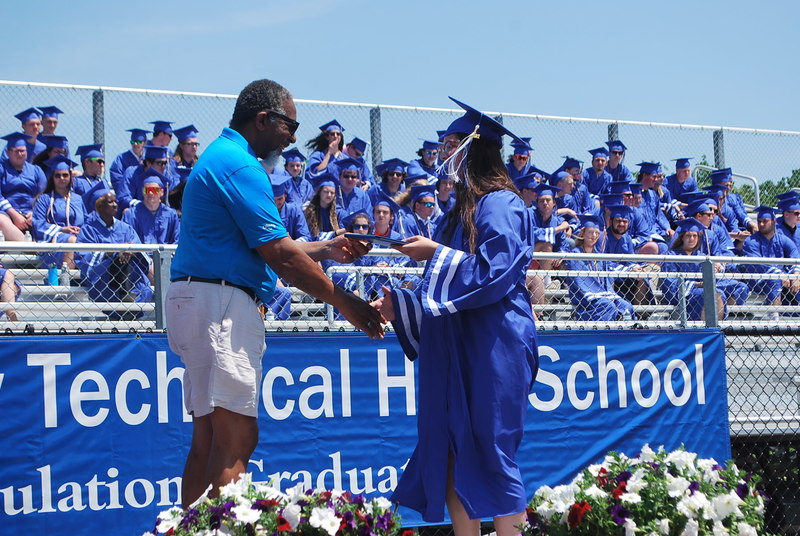 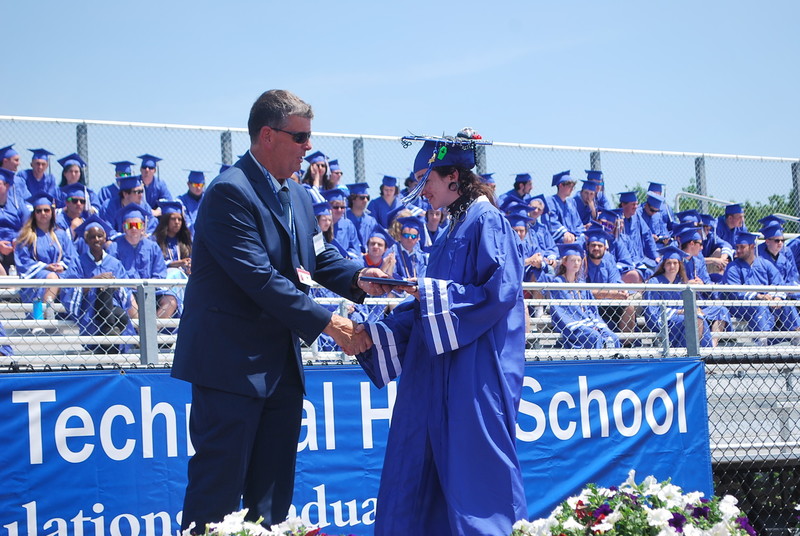 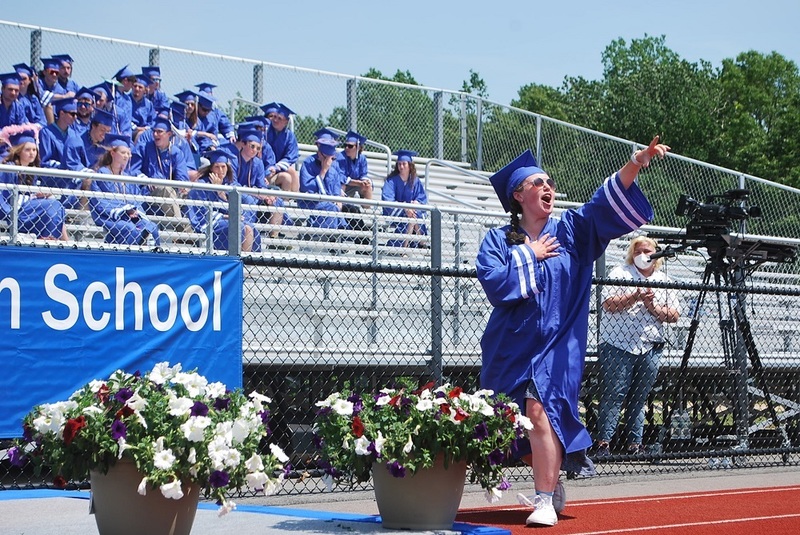 Rebecca Loureiro of Chelmsford acknowledges her many fans in the crowd as she walks up to receive her diploma. 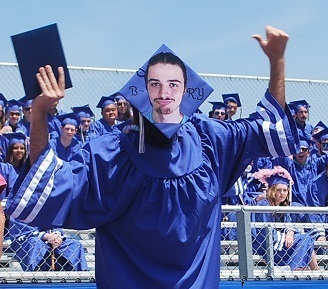 Brian McCall of Pepperell shows the crowd the top of his cap, which bears a striking resemblance to himself. 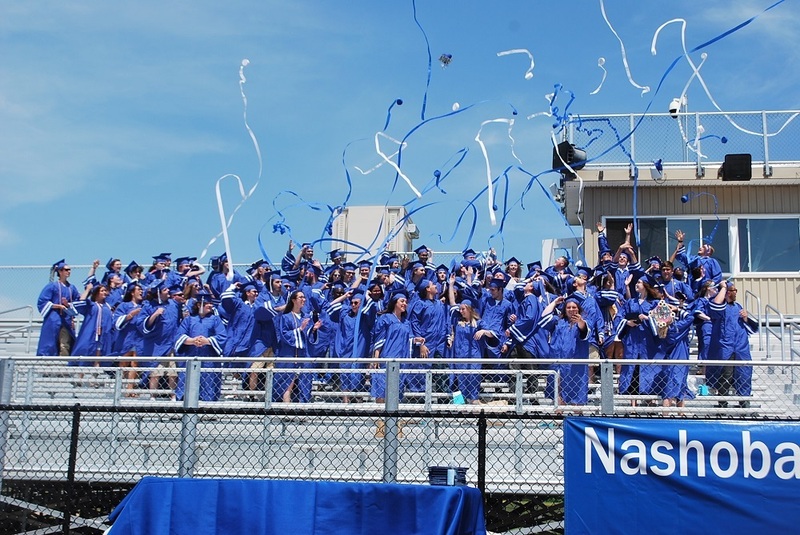 The Class of 2021 celebrates after receiving their diplomas.